The much postponed final overnight UK reunion will take place from Fri 17 SEPT to SUN 19 SEPT 2021. NRPA members and other former NRP officers can obtain details from the Secretary or through the Contact  link on this site

In future years reunions will be at lunchtime only. 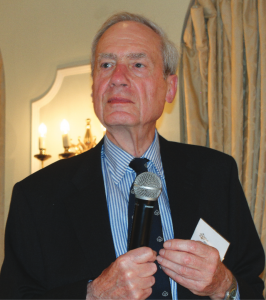 Col. Tim Wright - Current Chairman. Tim Wright joined the NRP in 1957 and remained serving in the Zambia Police until 1966 when he returned to England. Qualifying as a solicitor in 1970 he then served in Army Legal Services for more than 26 years. He is the author of ‘The History of the Northern Rhodesia Police’ BECM Press 2000. ‘

The Northern Rhodesia Police Association was formed to create and maintain a bond of comradeship between all those who served in the Northern Rhodesia Police (NRP) in any capacity prior to 24th October 1964 when Northern Rhodesia was granted independence and Zambia came into being. Although the majority of the officers were initially recruited from the UK, they came also from South Africa and from other British Commonwealth countries, but not all chose to return to their home lands. New careers were embarked upon and for some it was back to college, university or joining other police force in the UK around the globe or moving to teaching industry, commerce, and Insurance to name but a few

The desire to maintain contact with families and friends was strong and the Association became global with former officers and their families settled around Great Britain, Ireland, West Indies, United States, Australia and New Zealand, Canada, Hong Kong and the Middle East and more.

A meeting was held in London at the Kings Arms Hotel, Kensington, on 4th December 1965. The Association came into being the following year. The badge of the Association would be that of the Northern Rhodesia Police with addition of the word “Association”. Members pay an annual subscription.

The Newsletter Nkhwazi is published twice a year. The editor is Malcolm Flower Smith. Nkhwazi is distributed to members around the world with South Africa members receiving a digital copy for local printing and distribution.

There is a wealth of knowledge and many lifetime experiences contained within these publications and recent editions can be viewed from this site. Earlier editions will be added in due course.

The Northern Rhodesia Police Association Web Site is in its early stages of development and as more information is prepared the site will grow. 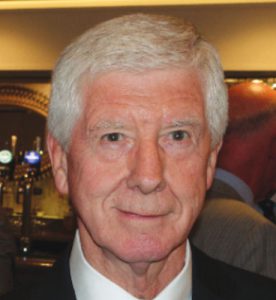 Phil Witherspoon joined the NRP in November 1957 . He served at Mufulira , Chingola , Fort Jameson , Kasama and Lusaka. He retired in 1974 as Senior Superintendent in charge of the Director of Public Prosecution’s investigation team at the Ministry of Legal Affairs in Lusaka. He subsequently qualified as a solicitor in 1979. 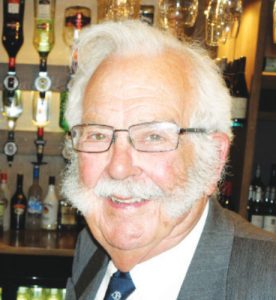 At the beginning of 1962 I was suddenly unemployed and saw an advert in the Sunday Express for Assistant Inspectors in the Northern Rhodesia Police. I arrived in NR in April and began 4.5 months training at Lilaye. It was not too hard as I had already done National Service. I passed out in August 1962 with the ‘baton of honour’, and was posted to Monze. In April I was asked to join Special Branch and was posted to Gwembe and was then transferred to Namwala. By the January 1964 I was sent to Fort Jameson in the Customs Department. I left Zambia in December ’64 returning to the UK via Dar-es Salam on the Kenya Castle Arriving UK in January 1965. 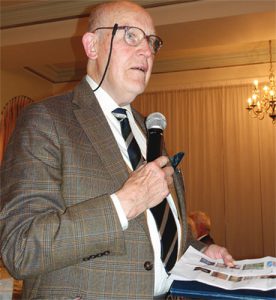 Secretary Chris Lyon joined the N.R.P. in October, 1956 and served in Ndola as public prosecutor. He married Frances an Irish nurse in June 1959. He was posted to Police Training School Lilayi as a Law and Cinyanja instructor. Resigning in 1963, he returned to the U.K. and joined the Inland Revenue as H.M. Inspector of Taxes and followed that career until retirement in 1995. 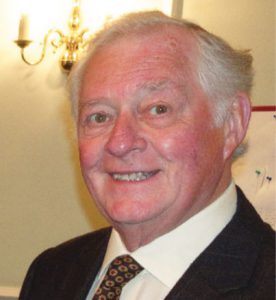 Russ joined the NRP in 1962, serving at Kitwe, Kalulushi and Mwense (ex-Kashiba).  Returning to the UK just prior to Zambian Independence he secured a position with Esso Petroleum covering retail sales/investments, retiring after 32 years as Regional Manager with responsibilities for an extensive network of independent retail outlets within the Southern half of the country, South Wales and the Channel Islands. 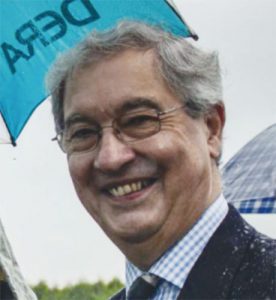 Nigel Rugman joined the NRP as a cadet in 1962 and was the last European to be appointed to the role of Assistant Inspector in August 1964. Significant roles include a posting under the inspirational (!) leadership of Tim Wright and in Ndola CID. Most of his subsequent career was in Executive Recruitment.