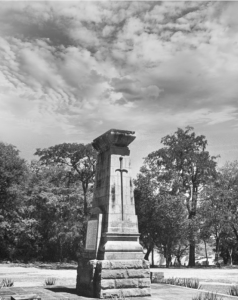 There is the Northern Rhodesia First World War memorial at Victoria Falls which is in need of some repair (photo required). The Northern Rhodesia Police Association approved a contribution of £400 towards the restoration of this memorial in 2017. The Memorial bears the names of 78 Europeans connected with the territory who died on service during that conflict. They include 13 members or former members of the Force.

The memorial also commemorates the African dead, including the 102 African Police named on the NRP’s own memorial at the entrance to Livingstone Police Camp.