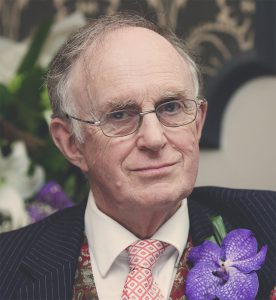 NKHWAZI, the African name for the fish eagle which adorned the badge of the late Northern Rhodesia Police Force, was the name given to the Force's house magazine that came out several times a year from 1952. It was issued to every European officer in the Force and Station copies were available for the African constabulary. It finished, after 12 years, in 1964 just before Independence with a splendid special edition in April 1964.

The current 'NKHWAZI' began in about 1966 after the Northern Rhodesia Police association came into being. It was envisaged as a newsletter to keep the early membership in touch as the NRPA expanded. Indeed we are reliably informed by Roy Coppard that the first couple of edition were run off on a Roneo machine in John A Coates CPM office, then located in Dorking. The use of the title 'NKHWAZI' was not used officially until 1999.

The earliest edition I have is Newsletter Number 3 dated March 1967. At the start there was no suggestion of becoming an organisation with an international spread, however by 1975 it became clear that ex members of the force were indeed spread across the globe but with a particularly large proportion having retired to South Africa. I discovered this when I found that I had 2 Newsletters numbered 11. One the Christmas edition entitled Northern Rhodesia Police Association (Great Britain) for 1969 which was edited by Brian Coase who called himself the Acting Editor. The second number 11 is just headed Northern Rhodesia Police Association and edited by Arnold Rhodes; it is dated July 1975.

Clearly a new and more formal structure to the association was formed between 1969 and 1975 and counting back, twice yearly issues, takes the start of the news newsletter to start in summer 1970. Bob Barclay in the editorial to issues number 50 relates that Mike Cary took over from Brian Coase as editor of the new newsletter, and indeed I discovered at the back of my cupboard a copy of International Newsletter Number 1 dated June 1970 on which M.T.Cary is listed as editor. Arnold Rhodes took the helm until December 1979 and issue Number 21 June 1980 had Denis Bird on editorial duty. Then during the 1986 Bob Barclay took over the editorship. I took on the task in 1994 with edition number 51. I edited the newsletter until 1999 until it was officially renamed NKHWAZI and continued until 2002 when David Williams was persuaded to take it on. He continued until his sad death in 2014 when I took up the burden once again from NKHWAZI number 89.

Editors of the Newsletter